First off: here is Roel's link that he sent via email, it is a more direct stream of the slowed down beethoven without the radio-lab portion. I enjoyed listening to the radio program a lot, but it did make me want to hear the music uninterrupted. Thanks for this link, Roel.
http://www.park.nl/park_cms/public/index.php?thisarticle=118

Great jam last night. Thanks for organizing Sheila! I took a few pictures because it was so beautiful. None of the pictures are very good (taken with my phone), but thought I would post them anyways. 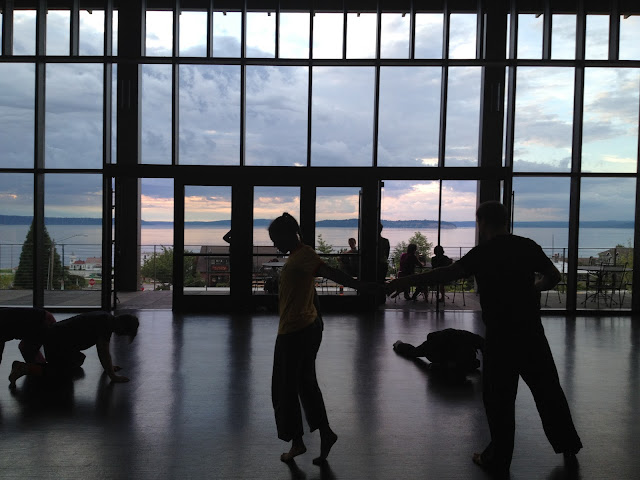 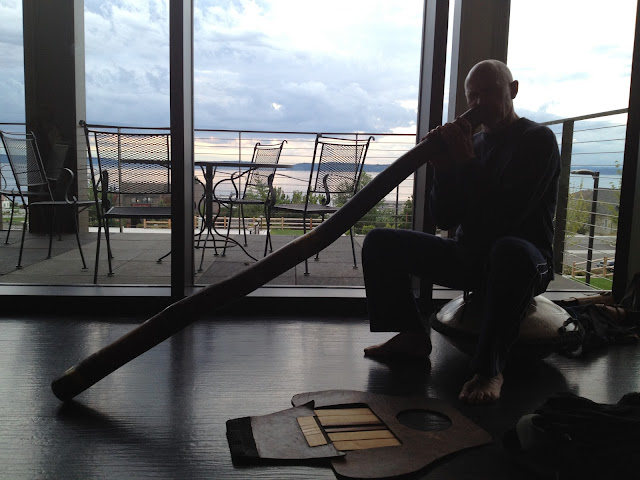 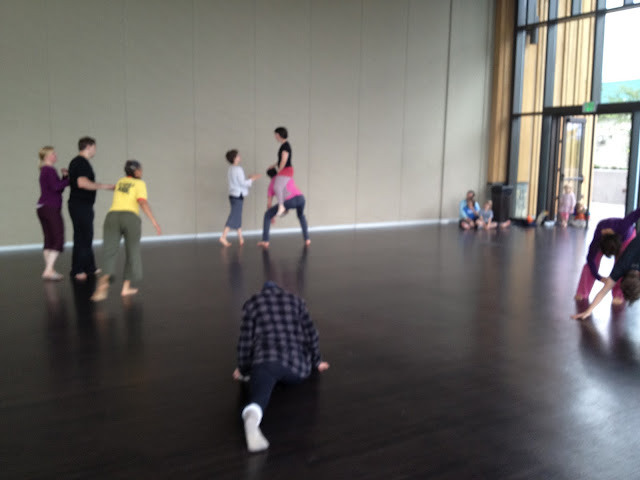 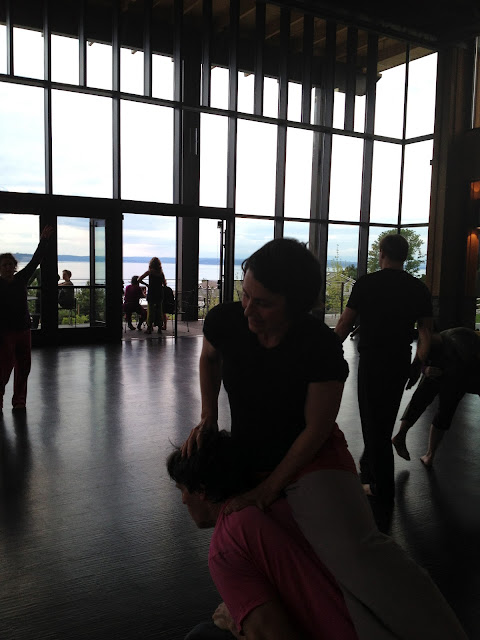 Potluck at my place at 7pm on monday. I'll send out an email with more details, see you then!

Christian here - and I think I'm learning how to post...?!
Last night we explore slowing down and trying to remove momentum as the invisible 3rd partner in the dance.  Other 3rd partners began to appear, such as a sustained tone (speed) of motion, image-based qualities, an attention/listening towards the Ouiji connection of beginning with light touch to skin, then increasing weight and speaking into muscle then bones.  Some spoke of their choreographic mind becoming more active once momentum was removed and the pros and cons of this.  Michal and Cyrus tried dancing all wrong (creative deviance, I've heard this called) to get past the over-thinking while dancing.
Roel, you took lots of notes, any more you can share?

Kaitlin liked this new word:
can·ti·le·ver (It has many meanings, but this might be closest to what Cyrus meant.)
Extend outward: (intransitive verb) to project outward with an unsupported end.

This came from Michal.

You can also stream the episode below: